For those wanting to understand Yin and Yang balance, I am going to explain the Art of Lue, a movement practiced in Tai Chi.  Lue is translated as Yield, Yielding to What is, rather than resisting.   Stepping back, our hands guide energy in a stream from a great height down to our inner reservoir.   Lue is a Yin type move. If you were to fall off a cliff, your best chances of surviving the fall would be to relax and soften, rather than contract in fear. Babies have survived airplane crashes intact, because of their innate ability to soften, and innocence. 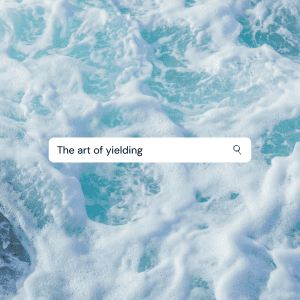 Bruce Lee often said “Be like Water.” Not many people knew that this incredible martial artist was Eurasian rather than 100 percent Chinese.  According to a documentary by Matthew Polly, Bruce Lee’s great-grandfather was born in Rotterdam, the Netherlands, and had Dutch-Jewish ancestry.

“His grandfather had an affair with a British woman. Bruce was a quarter English, an eighth Dutch-Jewish and five-eighths Chinese. He studied martial arts under Ip Man, but some other students didn’t like him because he wasn’t full-blooded Chinese. When he was in America, he faced racism there. He knew how it was to be discriminated against by both sides. As a result, he developed an almost post-racial identity. When people asked him if he was American or Chinese, he said, “I think of myself as a human being first.”[i]

In my view Bruce Lee’s mixed heritage contributed to his success. You see in Chinese martial arts schools there is strong hierarchy discipline. To draw attention to oneself and one’s skills is discouraged. To illustrate the difference, in the West people get to trained to “excel” “stand out from the crowd” and “outperform”.  This is what we would term very “Yang” behaviour, or to use a Western term, “alpha male” behaviour. Whereas in Eastern cultures, individuals are trained to prioritize the harmony of the group or organisation over the needs of the individual.  Bruce knew how to flex both Yin and Yang.

Take for example a scenario, where 5 people arrive at a ticket station to buy tickets for a bus. What is an appropriate action is dependent on the perspective chosen.  From the individualistic perspective, one would jockey for position, so as to spend the least time in the queue.  From the group perspective, the societal one, one would observe that 5 people have arrived at the same time space continuum, and all have the same intent and desire.  From maintaining harmony in the group perspective, what then needs to unfold is an orderly sequence in which all fulfill their intent – without impinging harm or discomfort to the others. This requires a certain degree of yielding, or Lue, i.e. accepting the situation and subordinating ones individual priorities for the good of the collective.

For this purpose, cultural norms are put in place by societies, that people adhere/ default to an accepted behaviour or norm in such situations.  Cultural norms of this nature and intent – are for example the practice of patiently queuing and waiting ones’ turn.  I have been to countries where queuing is not the established norm.  Instead the five people would engage in competitive shoving, pushing, jostling to pursue their goal of getting in and out, mission to be accomplished within the shortest possible timeframe. In such situations feelings of mutual hostility, or of being at a disadvantage, are amplified, leading to conflict and potential outbreak of hostilities.

Similarly, the English practice of having gentlemen hold open the doors for ladies might initially seem quaint and outdated when one is young and able bodied.  However, when one observes how men have often been primed to race ahead and act as leaders, one can see how the practice of training boys to wait for women at the door of the establishment, might be a wise one to ensure that women are not left behind.   A partner of mine used to stride ahead in a hurry whereas I was in the habit of circling back to check no bags or children had been left behind before exiting a venue. Then I would find myself racing onto the street to catch up with my partner- who would have moved on by then, forgotten to wait for me, or notify me of his next interim moves…   In this example from a Qigong perspective, all that is happening is that males are engaging in Yang  behaviour, i.e. taking the lead, linearly proceeding from A to B in the shortest most direct route, whereas the females are engaging in Yin behaviour, or the circle, ensuring all are included in the transition from one space to another. 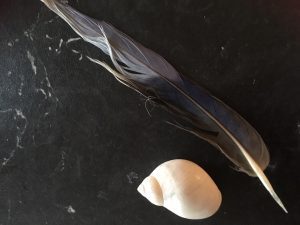 My daughter recently introduced us to Tokaido, a board game recently that re-enforced the difference between group harmonizing behaviour vs. individual comes first behaviour. It is a game where the players pretend to be sightseeing in Japan. The board has a horizontal line from start to beginning, with a selection of stop off points along it, comprising of virtual panoramas, temples, souvenir shops and food inns. Players traverse the line and collect points at the different stop off points, however overall, it is a competition to collect the most points via souvenirs, panoramas visited and photographed, and donations made at the temple.  Three times during the game there is a mandatory coming together of the group, namely at the inn, where all players are required to stop and wait for the others. The first one to arrive is required to buy enough meals plus one to ensure that all are fed. No one can move from the inn until all the players have arrived and have eaten.  Only then does the race to the finish restart. 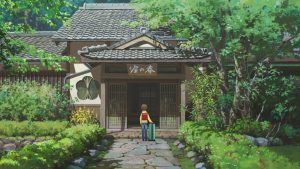 While it might be a little irritating to have to wait for the slowest to catch up to the fastest, again this reflects a Qigong practice (all of which imitate Nature) whereby after a move where Yin and Yang separate (the fastest racing ahead separates from the slowest in the pack) the next move is generally one where Yin and Yang come together again in the center.  To use Taichi terms (Horse parting mane) is a move that splits energy, as does the Qigong move(One become Two), whereas “Forming a ball” or “Finding your center” is a unifying move. If those terms do not mean anything to you, just think of a caterpillar moving, where the front legs move ahead, then stop and wait for the back legs to catch up.  Or the elastic band effect, which gives hope to those watching the extreme polarization of society with alarm.

When we consciously step back from the individualistic perspective, and yield to what is happening in a group without losing our center, presence and awareness, we arrive in a space that embraces all that is.  Holding space for all parts present, without resistance, is the practice of Yin. It is the intentional state of yielding, embracing and allowing. Nature cannot discriminate or rule in favour of one part over the other.  To do so, would unbalance the system.  When you do relax into rhythm with What is, you will find  a playing field where there are no winners or losers, just love and heaps of energy at your disposal. 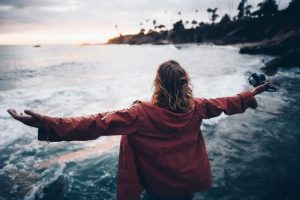 So while we pursue our paths of expressing ourselves as individuals (Yang, or the outward journey) it is only the Yin, the accepting, the yielding to, the welcoming and embracing of the space and situation  in which you find yourself,  that enables the universal forces of the present to be experienced, integrated and to become a part of your Be-ing.  In this way you will thrive, be uplifted, nourished and strengthened.  And thus Yang arises out of Yin.