Feeling thwarted or frustrated, just by scanning the above? Just a tad deflated?

Next time, this type of thought surfaces, name it – as an obstacle, a road block or rule to be questioned…

Let us examine them in detail.  Where do they come from? Rules are the invisible road blocks we set up for ourselves, and our dependents.  They are usually established after a cause and effect patterns has been observed, and an individual or society decides to pro-actively discourage certain types of behavior or activities.  Rules, categories and labels are there ostensibly to safeguard, differentiate and define us individually, and to maintain social order.

Recognizing and navigating road blocks utilizes social awareness, intelligence and discretion.  Respecting road blocks ensures the least number of holdups, ruffled feathers and egos. Crossing categories, defying labels, rules, and finding your way around roadblocks requires extra guts, resolve and determination. So most people don’t question them.  But you might want to….

Defy or respect– the potential consequences.

What most people don’t realize is that every decision  actively  impacts our bodies and self esteem. When we decide we won’t do something, or can’t deal with something, or would rather avoid something as it is too scary, or too difficult, there is an imprint left behind.

From a collective standpoint, we also have to examine the impact of compromising our own freedom of activity or expression in deference to what is deemed safe/ acceptable.

Road blocks are there to divide and categorize.

Road blocks and labels divide situations, proposed actions and people  into separate categories – those that do, and those that don’t.  It becomes very black and white.  All of a sudden the only paradigm that counts is Either / Or. 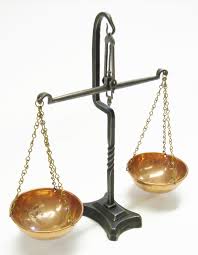 Which is crazy, since you need both sides to achieve balance.  That is a lesson we have not yet mastered as a collective.  And so the world continues to be immersed in the delights of artificially imposed duality, such as axis of evil artificially dreamed up by W. George Bush. Here is the formula:

It is not a new formula. The Crusades, spreading rumours that the neighbouring tribe kills babies, accusing individuals of witchcraft, all follow the same pattern of Divide & Rule.

We have done the same with germs/ bacteria. First we were taught “Germs make you sick”.   Then, having spent a couple of generations trying to exterminate them out of our lives, scientists discover that humans actually need them – in their trillions – to digest food, generate certain vitamins, and their absence has been linked to obesity, inflammation, anxiety and depression.

There is a good side and a bad side to everything, sometimes we just haven’t discovered how to appreciate the other side yet.

Now for the personal energetic impact

Every time we establish or respect a road block, we impede/ constrain our freedom of expression.  It either has to come to a stop, turn back, or find a way around it.  The emotional equivalent is similar to having to cope with five red traffic lights in a row. 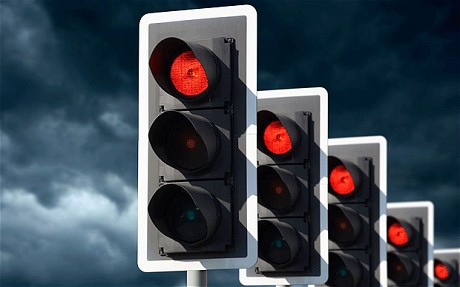 Tension is created by a build up of thwarted energy.  We don’t cope very well with that either. It generally leads to thunder and lightning and gusts of aggression, frustration or in the long run, for those that give up trying to move ahead, depression.

It’s not just a theoretical game of chess.  Few people realize that every thought – regardless of whether it remains hypothetical or is converted into action –  has a corresponding energetic signature and engenders an internal biochemical response.

Even thinking about a roadblock creates stress in the human body.  Via muscle testing, kineisologists can demonstrate that every time a human says, thinks, or expects “No”, the body responds by distributing neuropeptides from the brain at a rate of 1500 meters per second into the musculature, causing the muscles become weak and lose their innate power, as compared to when that person says or thinks “Yes”.  Thinking “No” literally takes the wind out of our sails.

As a qigong teacher I am able to tune into human energy fields. The flows can be sensed as free flowing or blocked, full or depleted, harmonious or upset, repressed, or like tides, outward going or retreating.

What do I observe all around me?  Constrained life force.  People with frozen energy, stiff necks, tight backs, weakened joints and compromised energy fields.  So I am passionate about working with people to face up to and undo the roadblocks that causes distortions in their energetic biosphere.

For my part, I had an energetic no-go zone that I only became aware of in my fourties.  Essentially the area from the navel downwards to the knees had been blocked off from my conscious awareness.  Trekking through the past to identify when the road block was established brought me to a core memory  from the first year of primary school. I still remember sitting up as the speaking tone of my favorite RE teacher changed suddenly from gentle teaching mode to a very grave tone. This was clearly important.  The teacher proceeded to warn the class of the dire religious consequences of “children playing with themselves”. As the class looked at him blankly, he added, “in the bath”.

At that age, my twin sister and I were not acquainted with the theoretical concept of hell, nor did we know what the euphemism of ‘playing with self ‘ meant. What did imprint was the physical cues and the gravity.  My 7 year old brain concluded that to be good, one had to avoid touching the area the teacher had pointed at (‘below the waist’).   And so it was.  From then on that area was barred, no questions asked. Later transitioning into womanhood, and becoming aware of the adverse attention women with freely swinging hips receive from other women, the roadblock was re-inforced.

Unfortunately, withdrawal of attention and energy results in isolation, stagnation and weakened circulation. No-one likes to be cut off and ignored, especially your own cells. It took spider veins, discoloration of the legs, and constant pain in the hipjoint, glutes and knee alert me to the the energetic block to all areas below the waistline, and it took quite some attention and TLC to undo the roadblock.  Luckily we can always undo our former decisions.

Kineisologist Uwe Albrecht states “any experience in life that is not received in love or peace, leaves a deformation in the energy field.”

Conclusion; it is worth dealing with roadblocks as they come up once and for all, rather than dithering in front of them, eating your hat, and letting them rule your life and limit your expression.