Last week I had another exciting Eureka! moment. One that still makes me marvel at the wonderful complexity and design of this world and our own bodies.  I would like to share this with you. So here goes…

What is the difference between your Right & Left Brain Hemisphere? 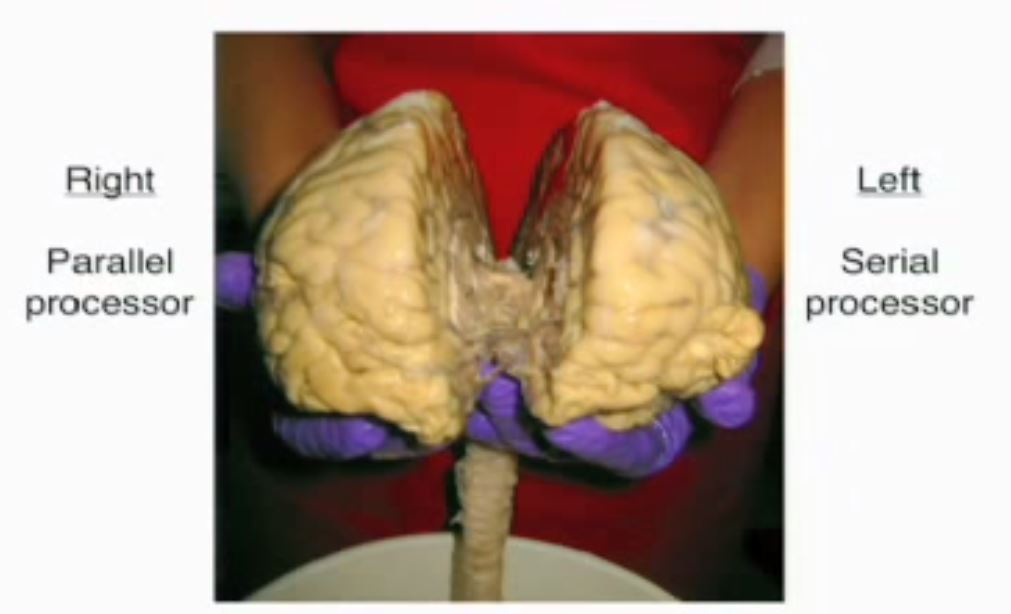 A few years ago I stumbled across a TED talk by Jill Bolte Taylor, a neuroscientist who suffered a stroke and has since dedicated her life to extolling the virtues our right brain hemispheres. I too work with clients to make lasting changes in their subconscious mind, often described as the right brain.  I was captivated by Jill’s experience of being only able to use her right brain hemisphere for two weeks while she had the stroke.

In her words, and she was until that point, a very left brain person, the two hemispheres have extremely different personalities and perspectives. Here is her description:

“Its all about right here, right now.  It thinks in pictures and learns kinaesthetically through the movement of our bodies.  Information in the form of energy streams in simultaneously through all of our sensory and then explodes into this collage of what this present moment tastes likes smells like feels like sounds like. I am an energy being connected to the energy all around me through the consciousness of my right hemisphere.(…)  the In this moment we are perfect, we are whole, we are beautiful.”

“It thinks linearly, and methodically.  It’s all about the past, all about the future, and it is designed to take the collage of the present moment and pick out details, even more details, then categorize them, associate with all we have learnt and project into the future. It’s the brain chatter.  It’s the one that reminds me you have to buy bananas on the way home from work otherwise you won’t have anything to eat tomorrow. It’s the little voice that says to me “I Am, I Am.  As soon as it says that I become a single solid separate from the energy flow around me and separate from you. This is the portion of the brain I lost on the morning of my stroke.”

At the time a part of me noticed the term used to describe the right brain functioning as a “Parallel Processor” whereas the left brain was referred to functioning as a “Serial Processor”.  Not having a clue what that meant I let it slide. It was one of those pieces of the jigsaw puzzle you put to one side because you don’t have a clue where it fits in.

There were 2 more Jigsaw pieces that came to join the first, and when I put all 3 together, then I had the big picture.  So what were the other 2?

Here is the second piece, from a lovely novel that gives a fascinating insight into the workings of the autistic mind: 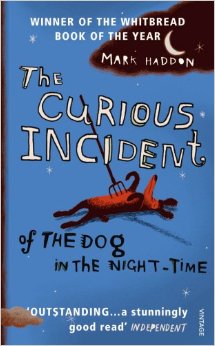 The Curious Incident of the Dog in the Night-time, by Mark Haddon.

Essentially this teenager simply cannot lie because it would involve consideration of too many alternative realities to what actually happened and just thinking about all the different options would put him into mental meltdown.

Personally, having had zero problems in inventing alternatives to the truth of what happened so as to stay out of trouble as a child, I was fascinated by his quandary. Instead, it reminded me of when I was learning to play chess, and had to make strategic alternative outcome plans of how to respond to the opposite players moves, that might be different from what I had planned. Frankly, my brain would simply go into meltdown once I started thinking of more than scenario, just from trying to hold more than 2 or 3 scenarios in my mind at the same time.  I just couldn’t do it.

And Parallel Processing is, when you Can…

So I guess professional chess players must be fantastic parallel processors. Parallel processing ability must be what enables us to think laterally too.   And believe it or not, parallel processing capability is a demonstrated characteristic within quantum physics.  Light travels as a light in a straight line beam, or as a wave.

Picture a sunshine beam landing on a leaf, then sweeping through the leaf as a wave…

Here is the third piece of the puzzle. Quantum mechanics at work in nature.  Photosynthesis turns light, air, water and a few minerals into grass, trees, grain, apples, forest.  An article in the Guardian describes the sunlight packet landing on a leaf as having;

“an intelligence that enables it to sample in a wave form all possible routes at once to find the quickest way to its destination.”

The first step in photosynthesis is the capture of a tiny packet of energy from sunlight that then has to hop through a forest of chlorophyll molecules to makes its way to a structure called the reaction centre where its energy is stored. The problem is understanding how the packet of energy appears to so unerringly find the quickest route through the forest. An ingenious experiment, first carried out in 2007 in Berkley, California, probed what was going on by firing short bursts of laser light at photosynthetic complexes. The research revealed that the energy packet was not hopping haphazardly about, but performing a neat quantum trick. Instead of behaving like a localised particle travelling along a single route, it behaves quantum mechanically, like a spread-out wave, and samples all possible routes at once to find the quickest way.

Here is the link.

So there we have it. Parallel processing in computers, is the ability defined and pictured as follows:

Sunshine can do it. And our brains, can do it too. Thank God, because the world it would make for a  very limited one dimensional lopsided world if we couldn’t.

Want to find out more?

Here is the full TED talk for Jill Bolte. She has a marvellous sense of humour and is very down to earth.