“You see yourself as a single individual, human entity.  It is a misperception of a singleness for this reason.  YOU are made up of 50 trillion cells.  Your body is a common entity.  The cells are the living entity.”  Bruce Lipton

I sit here, pen poised.  Wondering how I will introduce you to a new process brought by the Russian Miracle Workers (Grigori Grabovoi,  Svetlana Smirnova,  Jelezky Sergey and Petrov) that allows any person to connect with the consciousness of their own living cells, to tune into what is really going on at cellular level, and then recalibrate all that pattern of consciousness back to the optimum Divine blueprint. Its as simple as pressing the Undo button and Reset to Factory Settings.

This time last year, I had no inkling that such a process would be possible.  Yes I was aware that DNA holds memories and response patterns, both ours and those of our ancestors.  However in January this year, my relationship to my cells changed profoundly.  Before January, I considered my cells like functional objects, controlled in the background by my body intelligence. A bit like the robot R2D2 in Star Wars, when they shut down someone has to come in and fix them by opening up the back and changing the wiring.

I thought then that my brain was in charge issuing the directives and the cells just arranged themselves to function and would simply fit in.

Turns out I was wrong. Just as an orchestra is made up of different musicians playing different instruments, harmony is only achieved when they all listen out for each other and time themselves to play in co-ordination with each other.  Each will be playing according to their own script. And guess what, our cells have in their DNA their own scripts.  And those scripts don’t necessarily match that of your mind-narrator.

So in January this year I spent a week communicating at cellular and genome level to the consciousness of my heart, brain, lungs, liver, first born cell, stem cells, telomers and even of the cancer virus living in my physical universe.

So what did I find out once I started communicating at a cellular level?

Each organ and gland has a Yin-Yang divide, i.e. a feminine and a masculine side, and those two don’t always get on….with each other, or respect each other or even tolerate each other. In fact I was startled to find how many differences were embodied in me. 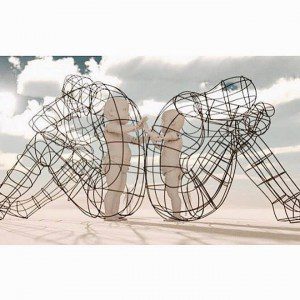 So why is there a difference at organ and glandular level than the policies and stories we have embedded in the storyteller of our mind?

The scripts being run by our cells follow the patterns embedded in our DNA, handed down generation over generation from parent to child.  Like a photocopy that has been photocopied each generation add in its distortions or improvements.  On top of that core memories are embedded in the DNA too, mainly the key learning experiences we have before we are six or seven and begin to think logically and rationally and before we begin to exercise control over how we let external interactions influence our inner equilibrium.

How does DNA cellular Healing work?

In this process one first “tunes in” and gives a voice to what the consciousness and energetic situation at the microlevel of that organ, gland or cell. 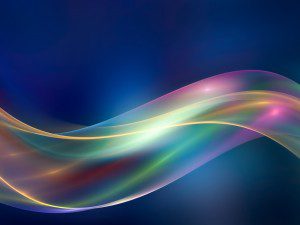 Then there is a transformation process by which all underlying informational data in that part of you – all the  hurts misunderstandings rifts and energetic shortages or excesses embeddded at that level – can be released and returned to the Creator / Source energy.

Then the perfect divine blueprint – the way that part of you was designed to work – is downloaded into your etheric template and merged with the physical. Remarkably, the process only takes about 20 minutes but the change is instant.  I ran the process a few months ago on a friend whose face was swollen bright red for 2 days after an encounter with a poisonous plant, and I could actually see with my own eyes his face change colour and the swelling reduce while I took him through the process.

If you would like to try out this process, contact me for a session, or come to one of my fortnightly Healing Circles.