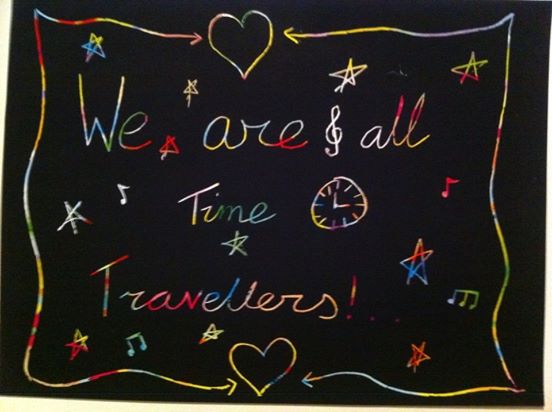 The above is a picture my youngest daughter drew one day and hung up in her bedroom. It prompted me to get involved in a new documentary, We Are All Time Travellers, which premiers online this week (November 2015).  The film explores how re-visiting the past can be therapeutic and help us on our quest to Know Ourselves.  Below is the press release and a link to the film – I hope you enjoy it and share it widely with those that could benefit from an expansion of consciousness.

In the documentary, We Are All Time Travellers, premiering online this week (November 2015)  a group of three hypnotherapists showcase how time travel into the past can help heal current mental health issues. 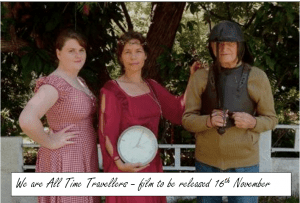 “This method of time travel can identify and safely transform traumatic experiences from childhood, or past lives, that may be troubling people hugely in the present,” said Ms Chai.

“That’s why it’s so important to track right back to the root cause.”

“I want people to realise what amazing capabilities they have, right inside their minds.”

“Your brain is far more superior to any time travel machine.”

“Your mind can give you access not just to the past, but also into future lifetimes and parallel timelines. You would be surprised how much is possible.”

Queensland University of Technology first year student in the school of creative industries, Jade Burdon, filmed and produced the documentary.

“I was fascinated by the subject and it was really interesting to interview all the different people using the method.”